Jeton Alexander is an entrepreneur in every sense of the word. His latest project is something super interesting and it was awesome to be a part of creating the groundwork for his company. The name of the business is Grown Man Beard Oil.  He wanted the beard oil to appeal to a specific group of men who obviously have beards, but who prefer quality and a regal look opposed to a more urban scruffy beard.

In his logo questionnaire, he mentioned that he wanted to give off a feeling of masculinity, with an ancient roman feel. He also cited the vikings and wanted to “ground” the logo in an elegant look and feel that kept it from being too overbearing.

The target market is men who are serious about their health and how they present themselves professionally.  I asked if the beard oil industry was a crowded marketplace. He said yes; so the next step for me was to find the leaders of the industry.  I found that generally, the beard oil creators tend to market to a variety of different types of men with beards and that there are even subgroups within main groups who aspire to have a certain look.

I started to reference different ideals, colors, textures, patterns, and elements of nature that I found were consistent in most of the designs. In Asana, I started to load images that I felt would set Jeton’s business apart from the forerunners, while also appealing to a strong base. 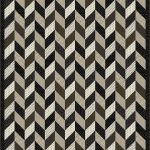 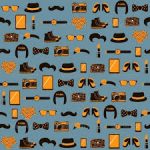 Some icons that would likely be incorporated into the design overtime 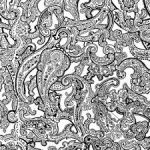 These fractal illustrated shapes could work well for a vintage feel. 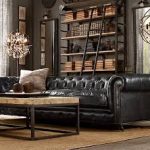 We also talked about fonts. He wanted something with strong greco-roman vibes with a modern appeal. Initially, I thought that to mean a Sans font with a little something different. After going into the creation phase, I decided to play it safe and stick closer to a simple Trajan or Times New Roman type of font, just to see how he responded. I decided to keep it simple and grey scale in order to focus on the elements of the design.  Here are a few of the first options: 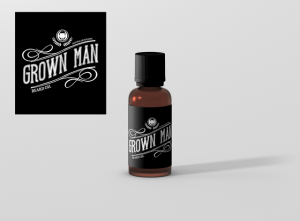 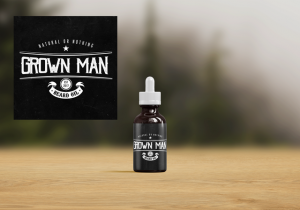 More of a centered version with more resemblance to a seal or crest.

I didn’t hit the mark here but there are some parts of the design that he was a fan of. They just didn’t do enough overall. So, we reconnected and talked about what he liked from each design and what he absolutely wasn’t a fan of. He liked the silhouette of the man but he wasn’t fond of either of the fonts. They weren’t recognizable enough.  I regrouped and created the next sample:

We were getting closer to a final product.  The icon / silhouette wasn’t “something” enough. It didnt flow. Overall, the logo was too edgy and didn’t flow right. I needed to incorporate more serifs, more wavy lines, and less sharp edges.  In addition, we came to a conclusion about what colors to incorporate into the final design.  He still wanted to see a stronger Greco-Roman energy throughout the design and he liked strong golds and hints of brown like old papyrus: 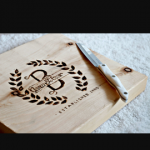 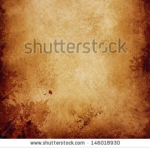 One of my main concerns was that this logo may not translate well using the silhouette, so the challenge was to create an image that would look great on an extremely bright or dark background.

The final result is as follows: 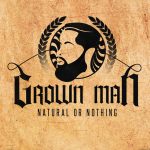 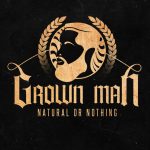 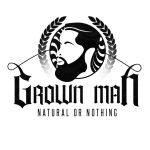 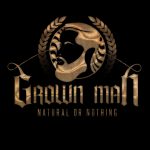 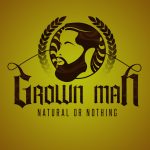 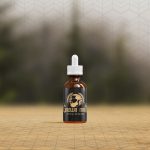